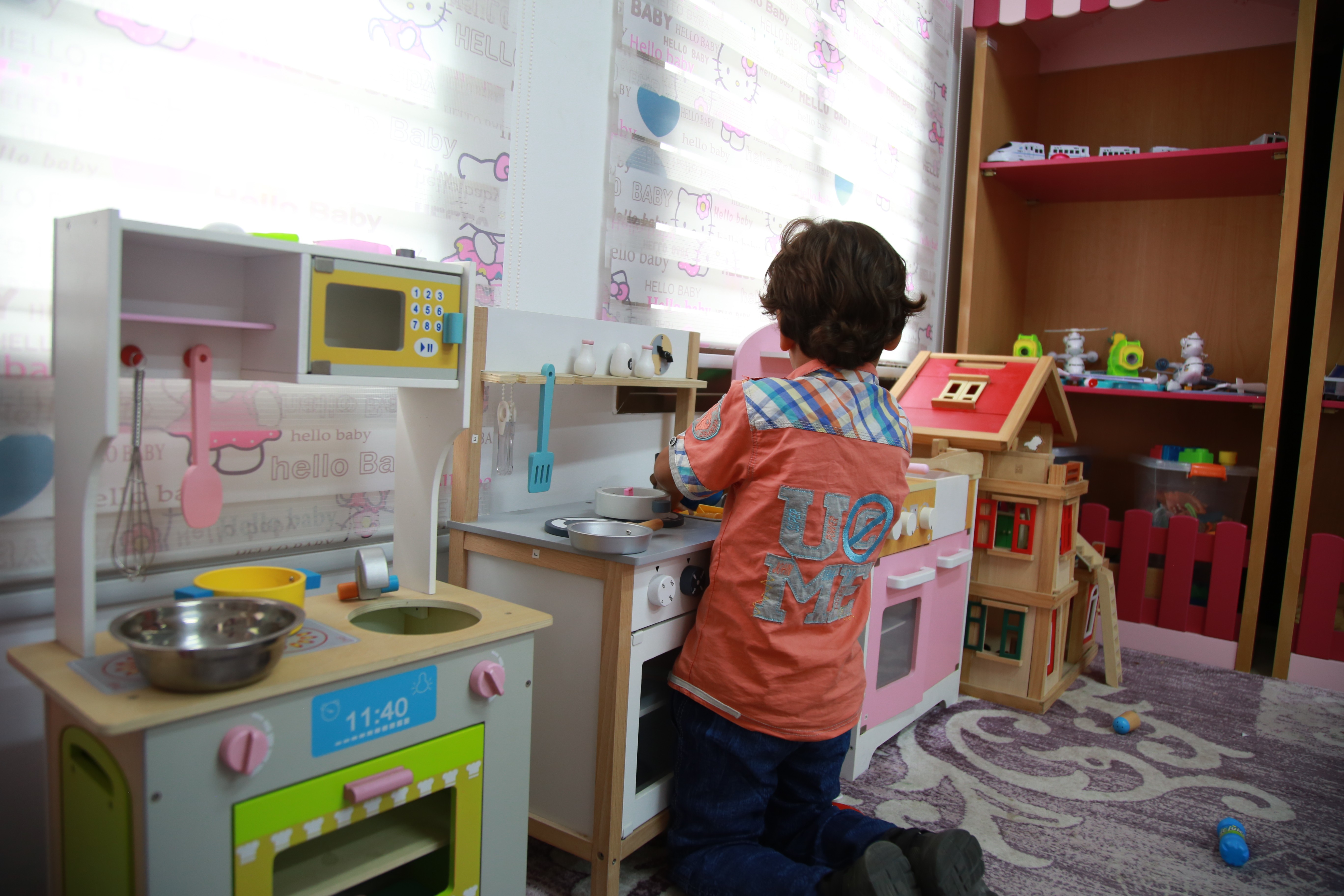 It was 6 o’clock in the morning, and Mohamad’s family had just fallen asleep after living a long night of bombardment that ceased only an hour earlier.

The worse is over. Everyone thought, as the situation became calmer. Most of the attacks were carried out at night during the 11-day offensive that Israel launched against the Gaza Strip in May, 2021.

However, that day was different. The family’s predawn sleep was interrupted by a heavier barrage  of bombs that were dropped by aircraft along the street where they lived.

“Get up, Mohammad! Get up!”, the 34-year-old mother yelled as she dragged her 6-year-old son out of bed and ran to a safe spot in the house, which was rocking by the impact of the bombardment.

Mohammad sat in a chair in the living room completely silent and stunned. Then the situation started aggravating, with the bombs falling just a few yards from their block of flats. At this point his mother had to carry him downstairs as he didn’t respond to any of his parents’ calls to move.

“Flames were bursting in through the shattered windows, the occupants of the 4-storey building were screaming from everywhere and a horrible state of a melee broke out, as everybody was running for dear life. Mohammad was watching all that. When I carried him I found that he had wetted his pants,” the mother said.

“I kept running from one corner to another for protection while carrying Mohammad who clung tighter to me, the louder it became,” she added.

Luckily, Mohammad and his family survived the military offensive. Other families who experienced the same scenario died under the concrete masses of their buildings whose billers gave way by the impact of bunker busters dropped in the narrow streets where they stood.

At last the offensive ended, leaving behind scenes of destruction – from debris of high buildings, deep craters, almost along every street, to damaged shops and houses – that dominated the Gaza Strip.

It also left a deep psychological damage to many people, especially children and other vulnerable groups.

Mohamad, like many other children, had to suffer the psychological consequences of the stressful situation he and his family had experienced.

Nightmares, bedwetting and excessive attachment to parents were among the symptoms that Mohammad developed after the traumatic event. He was so attached to his parents that he wouldn’t let his mother leave home, nor would he leave home without company. That year his family couldn’t send him to his KG.

His mother, though, didn’t establish the link between the violence event and these changes, and therefore she reached out for medical intervention to treat Mohammad for bedwetting.

“I took him to Al-Falah [community] clinic to be checked for his bedwetting problem, but there they confirmed that he was physically ok, and advised me to ask for psychological support,” Mohammad’s mother explained.

So she took him to GCMHP Gaza Community Center, where he was provided with specialized mental health intervention after being diagnosed with PTSD. His therapy plan included play and draw therapy, individual counselling and family counselling.

“The other day I told him I wanted to leave home to run an errand, and he said it was okay,” the middle-age mother provided an example of Mohammad’s improvement.

Speaking of how Mohammad’s recovery impacted her family’s life, she said: “Our life has completely changed to the better. It never occurred to us that there was such a place in Gaza that could help us. You can’t imagine the stress that we lived due to Mohammad’s problem. He missed one school year because of his problem. But now he his alright. My sisters-in-law have asked me how we succeeded in treating our son.”