I have realized that there is something precious to live for 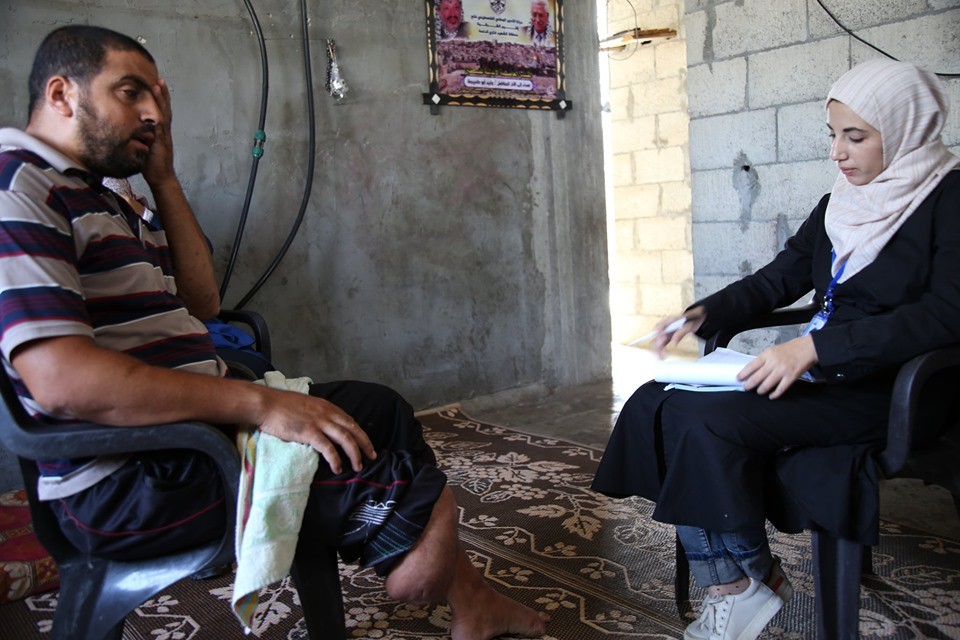 “I have realized that there is something precious to live for”

11 years ago, 34-year-old Waleed Abu Teama lost his leg in the war Israel launched on Gaza in 2008. Although this was such a traumatic experience for him, he found some consolation when Palestinian Authority enrolled him for disability benefits.

Being jobless, Abu Teama relied mainly on the benefits to support his family. However, this factor of consoling factor did not last any longer when the Palestinian Authority cut his benefits after he had been seen on the media participating in the ‘Great March of Return’, according to him.
The father of four, developed severe depression as he failed to provide for his family. He desperately tried to get his benefits restored, but all in vain.

With tearful eyes, Mr Abu Teama recalled how he “tried everything humanely possible” to get back the 900 Shekels, which were paid to him in benefits.”I left no stone unturned to get my benefits back. I tried so hard, by hook or by crook, to get my children’s food back, but I Failed,” he sobbed.”I pleaded and appealed with the Palestinian authority and Hamas, but no one would listen to me. I even named my son after President Abbas to earn his sympathy. But all I earned was people’s criticism and abomination because they thought I was a hypocrite,” he said.

Devastated and in despair, Mr Abu Teama would stand right in front of the Israeli snipers at the border during the Friday protest of the ‘Great march of Return’ in order to be shot and, as a result, gain some public sympathy and support or financial assistance for his family.

“I was injured several times. I had shrapnel lodged in both legs,” he said as he rolled up his basketball pants to show us several injuries including one just above his leg stump.
“I would stand right in front of the Israeli snipers and keep jumping and waving to attract their attention to me and get them shoot me, in the hope somebody would sympathize with me and provide me with assistance.”

“I am ready to do anything for the sake of my children. Look at my daughter, she does not have a shirt to wear,” he pointed to his little daughter who was wearing a pair of ragged trousers and an undershirt.
“I feel life is over. Death is better than living without dignity,” he added.

Abu Teama has been receiving individual counselling within the Crisis Intervention Project that the GCMHP is implementing in partnership with oPt Humanitarian Fund.