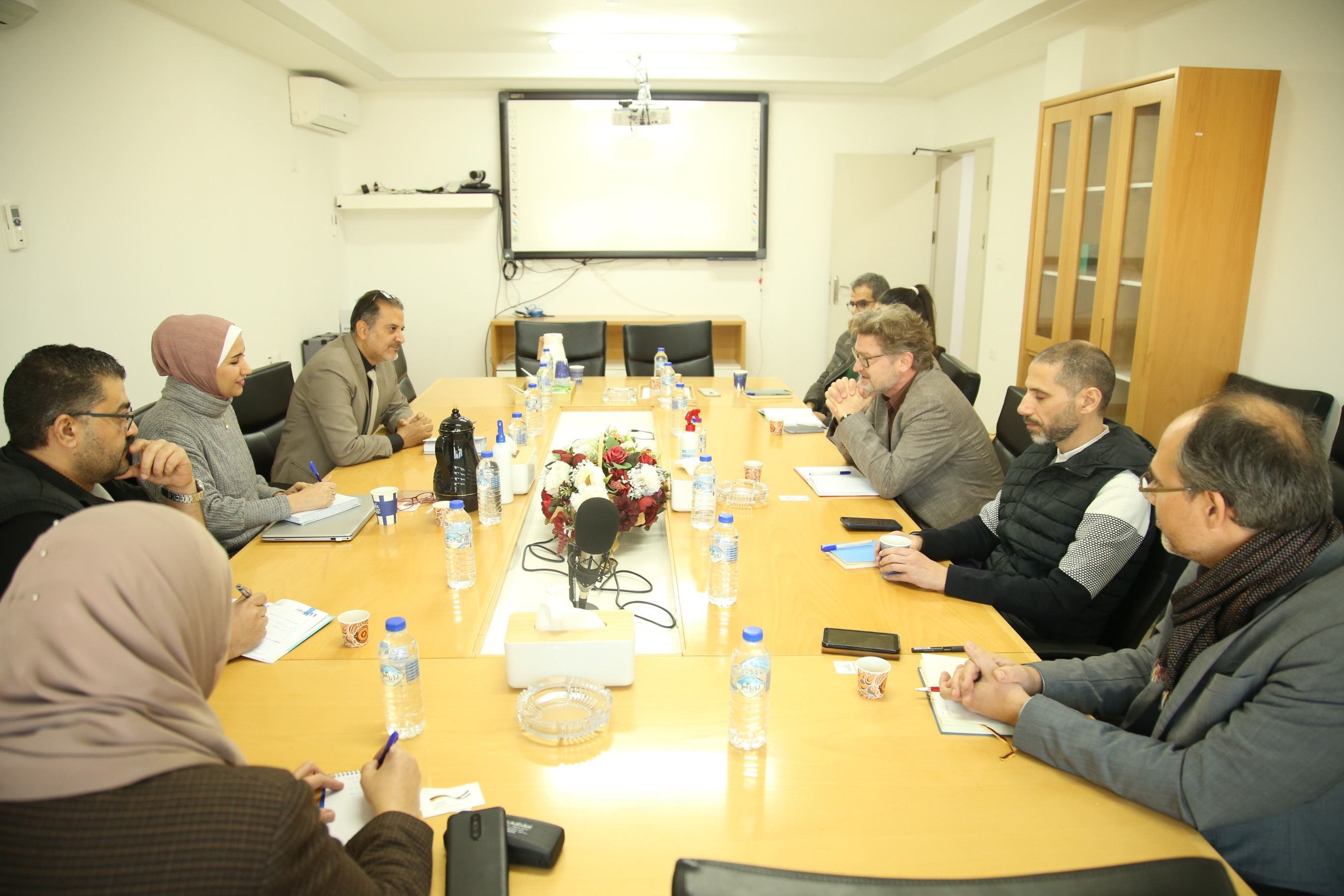 A high-ranking delegation from the German government accompanied by representatives from the German Corporation for International Cooperation (GIZ) visited on Thursday, January 13, 2023 Gaza Community Mental Health Programme to be briefed on the mental health state of the Gaza Strip and the efforts and professional interventions  made to support the population.

During their meeting with the administrative team of GCMHP, Dr Yasser Abu Jamei, Director General, made a presentation about the mental health challenges faced by Gaza people due to the uncertain political and economic  situation and the psychosocial ramifications of the continual military offensives launched against the populous enclave.   He also explained the role done by GCMHP to alleviate the suffering of the Gazans through providing a variety of psychosocial interventions and specialized mental health treatments.